And we shan’t be forgetting festive recipes either, whether it’s Christmas, Eid, Chinese New Year or Diwali, you’ll find the recipes here. Now be patient with me. If you don’t see a recipe here that you desperately miss, shoot me an email, and I shall get right on the case! It may take me a few weeks, sometimes, but ask my readers over at LinsFood, I always deliver!

What is the Local Cuisine?

Ever wondered what Singaporean food and Malaysian food is like? Why are there so many different types of Singaporean and Malaysian cuisines? Read on, to find out more and enjoy many recipes from these countries, both well known and a little obscure.

Singaporean and Malaysian recipes share many similarities, with some differences here and there, because of geography and culture. The two countries were one and the same until the 1965 separation, when it was realised that the racial demographics made it impossible for a symbiotic relationship.

The racial mix is similar in that you have the Malays, the Chinese, the Indians and a few other small ethnic groups. What is different, is the percentage per race. Malaysia is predominantly Malay, with the Chinese, Indians, Eurasians and Nyonyas making up a small part of the general population. Singapore, on the other hand, is predominantly Chinese, although Singapore’s indigenous race is actually the Malays.

Their fantastic racial mix is brilliantly reflected in the various local cuisines. To talk of local food of Singapore and Malaysia is to talk of Malay, Chinese, Indian (north and south), Eurasian and Nyonya foods. On a side note, Christmas, Eid, Chinese New Year and Diwali are all public holidays in Singapore, reflecting its multi racial make up.

Malays in Singapore and Malaysia

The Malays are considered to be the real indigenous people of Singapore. Their history goes as far back as, if not further than, the 13th century when Singapura was established by Sang Nila Utama, a prince in exile from neighbouring Sumatra (Indonesia).

Interestingly, some historians believe that Sang Nila Utama is a descendant of Alexander the Great. The majority of today’s Malays in this island city are the children and grandchildren of post World War Two immigrants from the neighbouring areas, especially Indonesia.

Malays are predominantly Muslims, sharing similar traits with their counterparts in Indonesia, whether in language, culture or cuisine. Singaporean and Malaysian Malay recipes are quite often, sharp and rich, utilising the spices that South East Asia is famous for: galangal, ginger, lemongrass, etc. Just like the foods of its neighbours.

When Singapore and Malaysia separated in 1965, the disproportionate divide in population remained, with more Malays being in Malaysia and more Chinese in Singapore.

And incidentally, both my sisters are married to Malaysians. My older brother-in-law is Malay, while the younger one was a mix of Malay, Indian and Thai. What’d I tell ya about being multicoloured?

Chinese in Singapore and Malaysia

While there already was the odd scattering of Chinese in Singapore and Malaysia from the surrounding states, the first “real” immigrants arrived in the early 19th century, the majority being the Hokkiens from the Fujian province. When I was growing up, this was the most common Chinese dialect in Singapore, Cantonese being the next most popular.

I remember being fairly fluent in Hokkien but, sadly, over twenty years of not speaking it has diluted that by quite a bit!

Besides the two mentioned, the early immigrants also included the Hakkas, Teochews and Hainanese. The Chinese ended up settling more in Penang, Singapore, and to a lesser extent, Malacca.

So Singaporean and Malaysian recipes that are Chinese in origin, belong to all these dialects and their related areas in China. Probably the most famous of them would be the Hainanese Chicken rice. That is seriously one overdue recipe for me!

Over the years, more and more halal Chinese eateries have sprung up, allowing the Muslims a greater opportunity to enjoy the delights of Chinese cuisine. Culinary democracy at its best!

They came from all over, mainly from the South of India. So that would explain Tamil being one of the four official languages in Singapore and Malaysia today. However, they also came from Bengal, Gujarat, Punjab and Sri Lanka.

So the Indian recipes of Singapore and Malaysia are very heavy on south Indian recipes. This would explain my vast knowledge and experience of south Indian foods. Thosais (dosas) with my friends was one of my favourite breakfasts in my early 20s.

However, that’s not to say that we don’t have a sizeable north Indian and Pakistani food culture. If you narrow it down, my family’s “base ethnicity” is Pakistani.

So besides the dosa, idli and putu mayam (idiyappam), we also have biryanis, kheer (rice pudding) and haleem.

Eurasians in Singapore and Malaysia

With me so far? Marvellous!

The term Eurasian was initially coined for Anglo Indians in the time of the British Raj in India, but now encompasses all manner of Caucasian heritage. Today, the term Eurasian includes so many hybrids that it boggles the mind.

However, so much of the traditional Eurasian cuisine in Singapore and Malaysia owes its origins to the Portuguese.

Who would’ve thought that a bunch of fisherman with a few handy boats could have had such a profound influence that would survive the fickle ravishes of Time and still be a marked presence, four to five centuries later?

Malacca (in Malaysia) was made a Portuguese settlement in the early 16th century and remained so for over 100 years. Despite the Dutch and the British taking over in the next two centuries, the Latin oats sowed earlier prevailed. And so, fortunately, there is a huge Portuguese legacy in this old port – from the beautiful red buildings to the language spoken.

And this language spoken by the Portuguese Eurasians is an old Portuguese dialect called Kristao (pronounced Kristang), interspersed with the local lingo, Malay.

This influence travelled all over Malaysia and Singapore (and even Indonesia), so much of the traditional Singaporean and Malaysian recipes that are of the Eurasian persuasion, have Portuguese origins, like  Devil Curry and Feng.

However, let’s not forget the Brits whose tastes gave rise to the Mulligatawny and Kedgeree, and the Dutch, from whom our local potato patties, called Bergedil (Perkedil in Indonesian), were borrowed.

So, you see, Eurasian recipes are a glorious mix of Asian and European; think stews and pies with chillies, ginger, cumin, lemongrass, etc. and curries with vinegar, mustard and Worcestershire sauce.

Peranakans (Nyonyas/Babas) in Singapore and Malaysia

Nyonya is the term for women as Baba is for the men, and they make up a unique community that has it roots in Malacca and Penang.

Often also called the Straits Chinese (from The Straits of Malacca), ethnically they are Chinese. However, over the years, whether through inter marriage or sheer assimilation, they have taken on some marked Malay characteristics. These are namely, the language spoken and the style of dressing.

Nyonya recipes, consequently, reflects this amalgamation of cultures, resulting in an incomparable cuisine – rich, aromatic and one that makes you a believer with the very first mouthful!

Arabs in Singapore and Malaysia

A small but significant part of the population, the early Arabs were predominantly Yemeni traders and had a huge part to play in establishing Singapore as a major trading post.

In fact, so successful were the Arabs, that at one point in the 19th century, they owned more than half of the island of Singapore!

Arguably the most successful Arab diaspora to be found outside the Middle East, the Arab community gives us such delicious delights as tabbouleh, kabsa, baklava and so on.

And you may be interested you know that in January 2022, I set up a new blog, paying homage to this group and their recipes that speak to my soul. Click here to get to my Middle Eastern Recipes blog.

And now, ready for some recipes?! 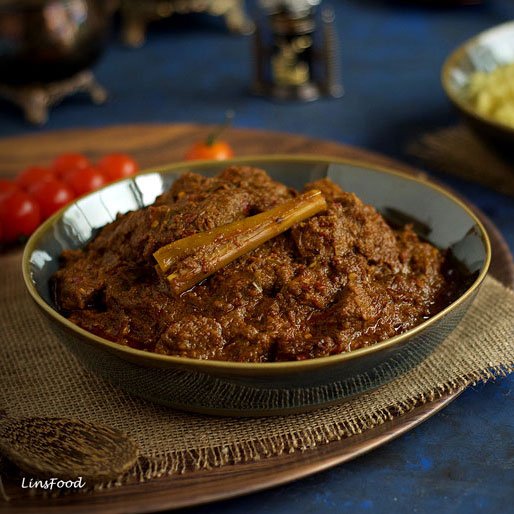 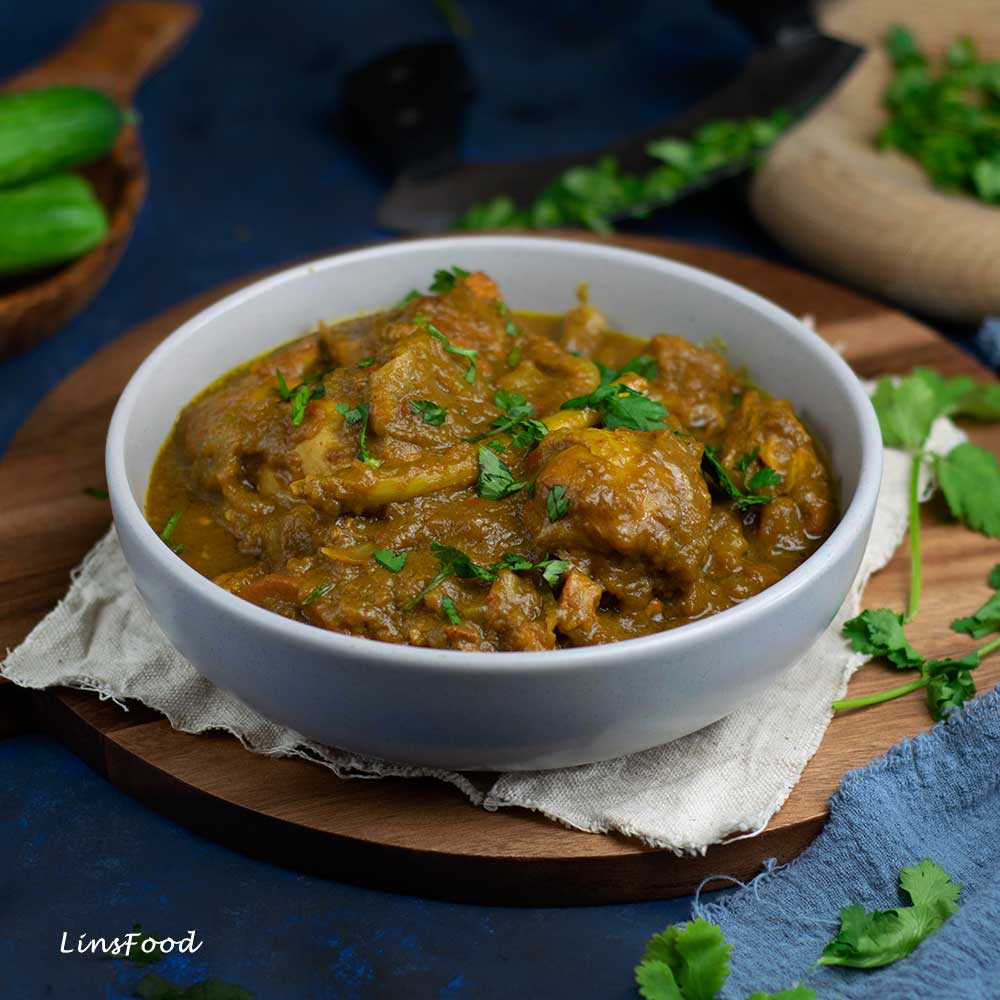 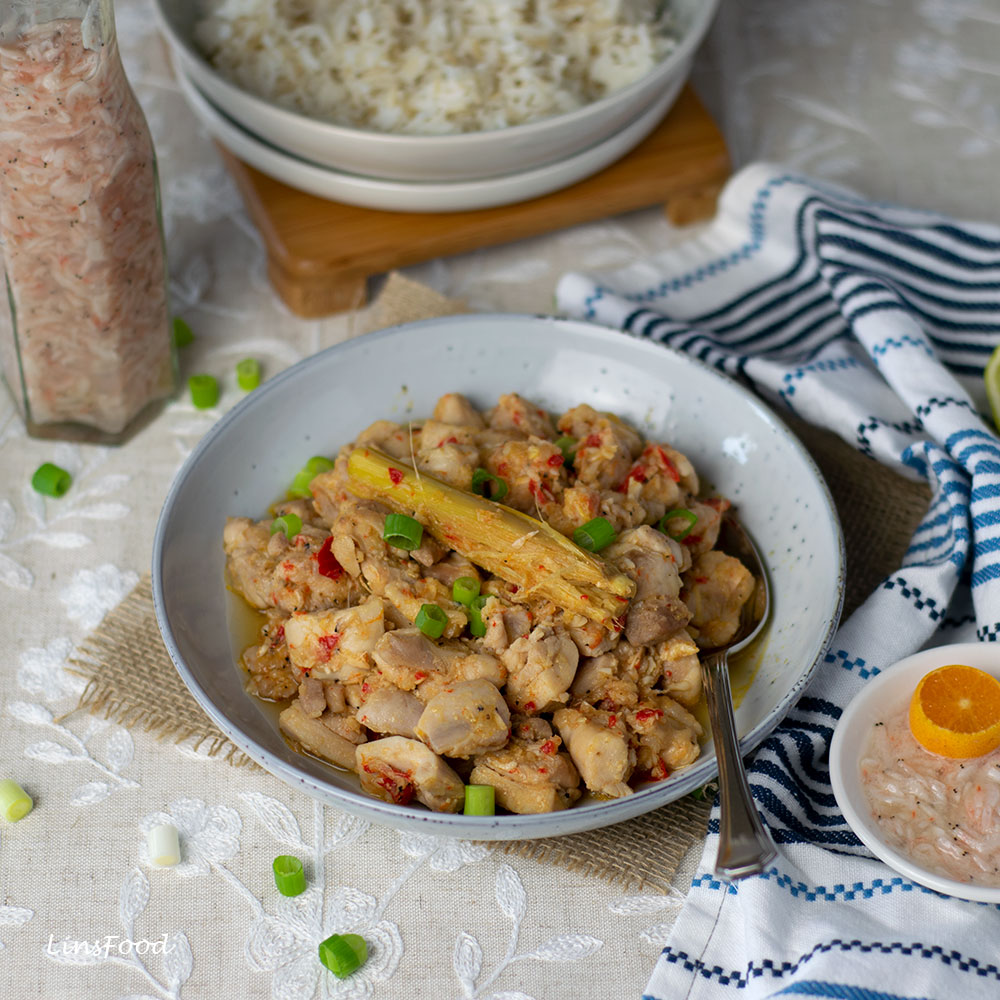 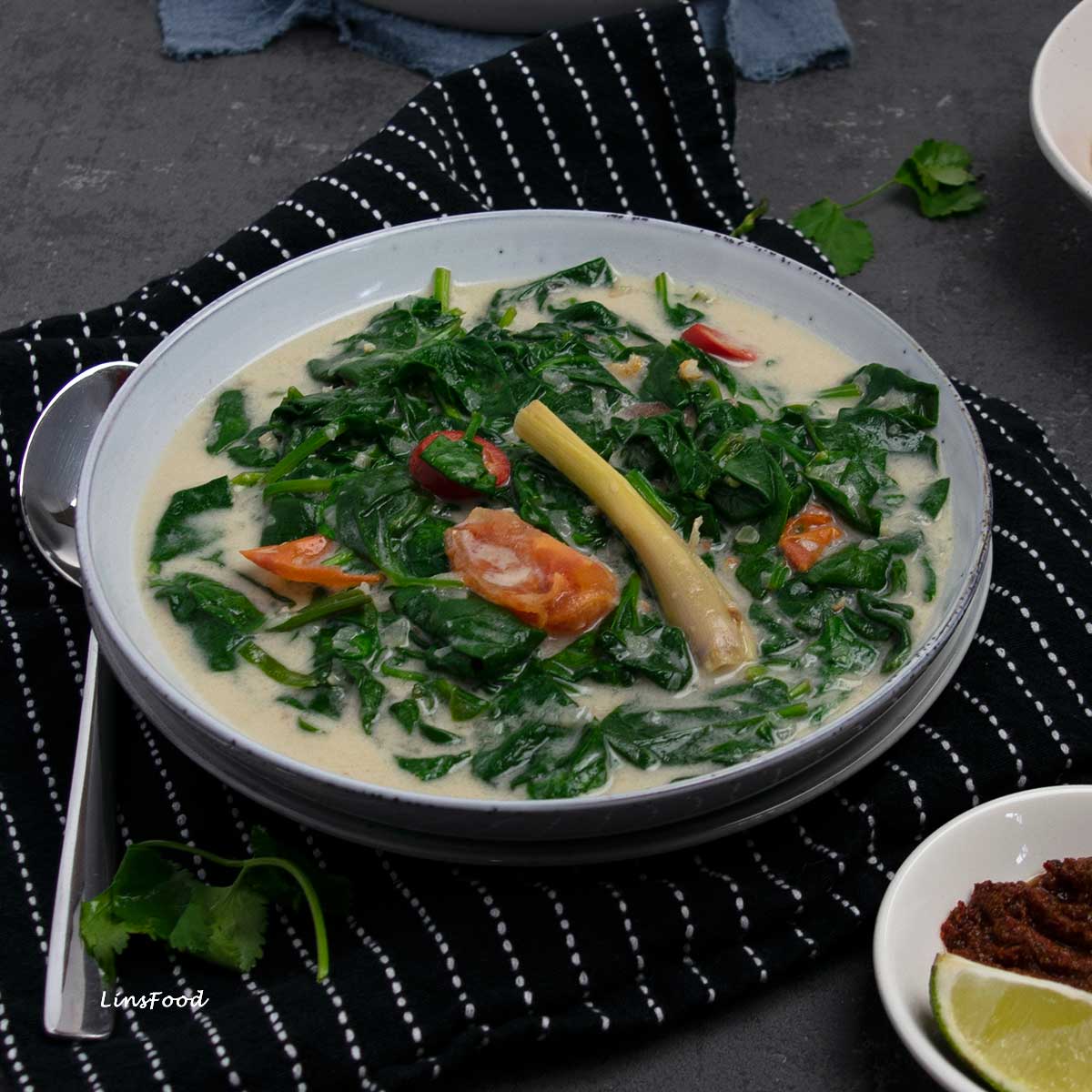 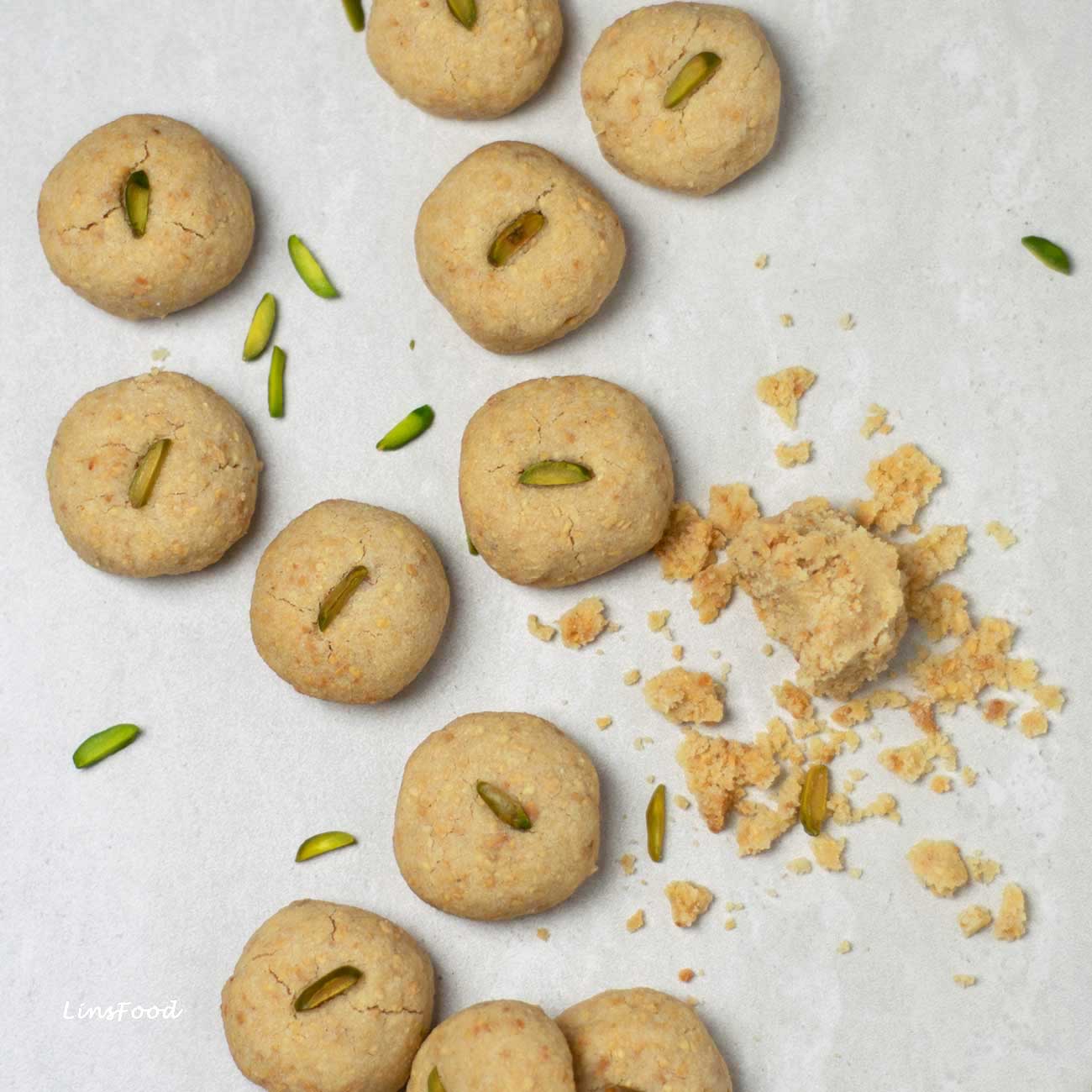 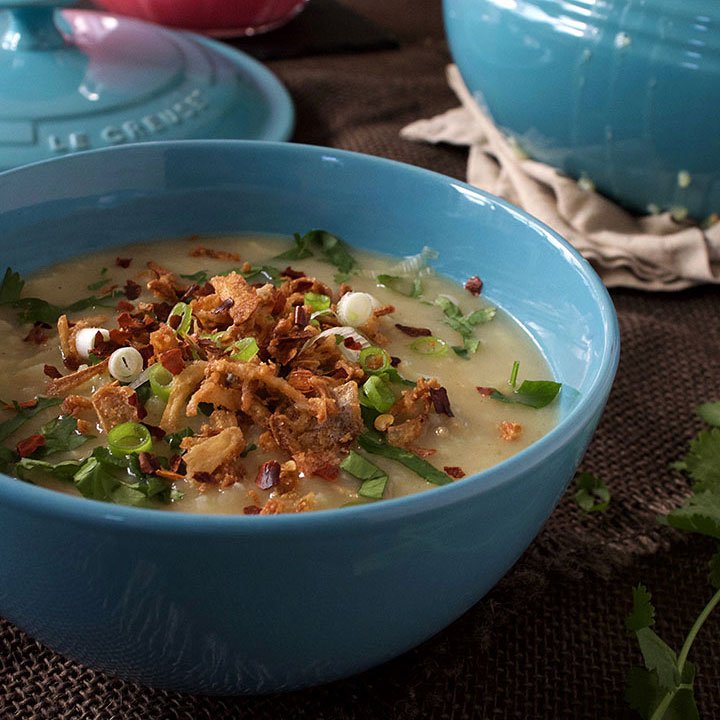 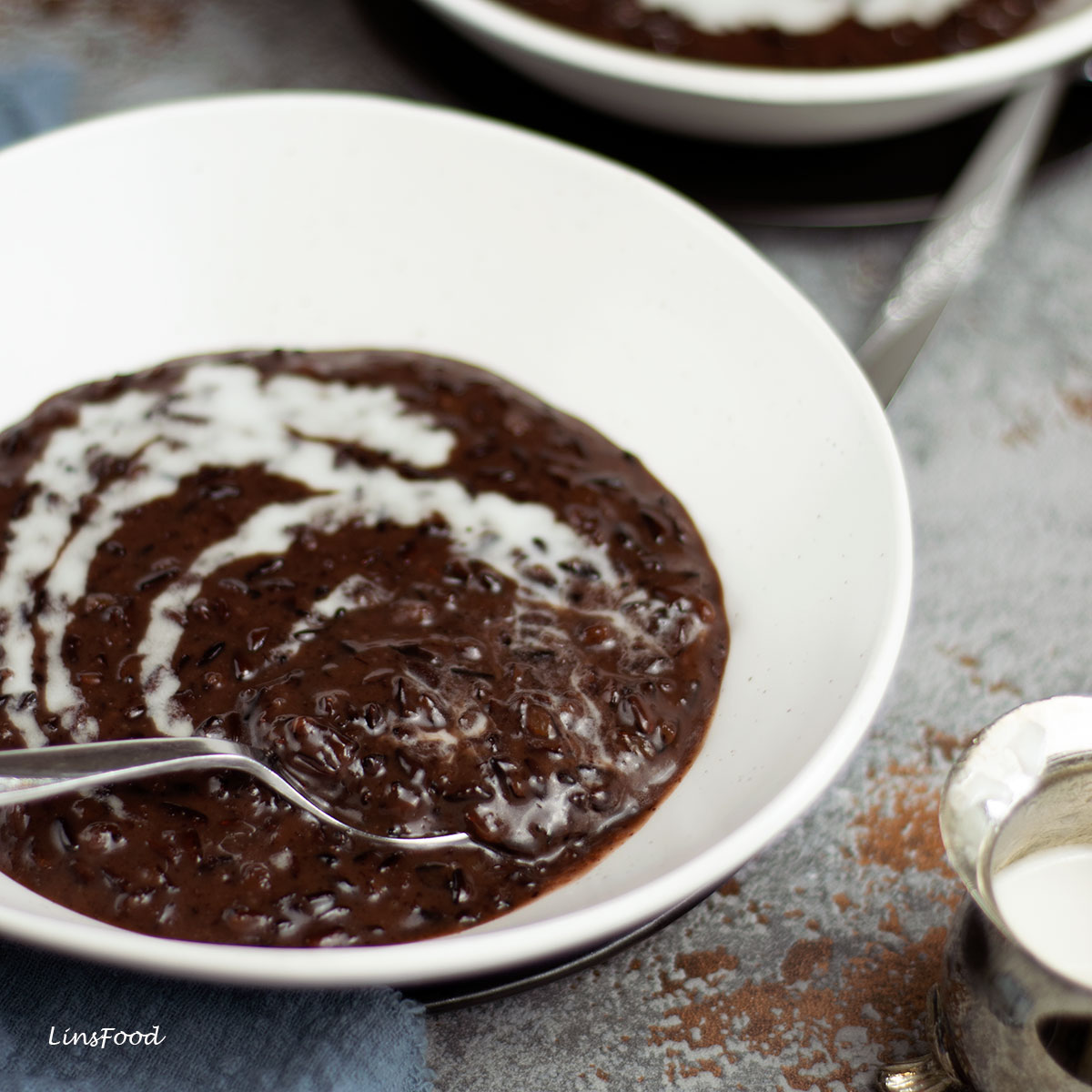